Free cash machines are vanishing, according to Which? 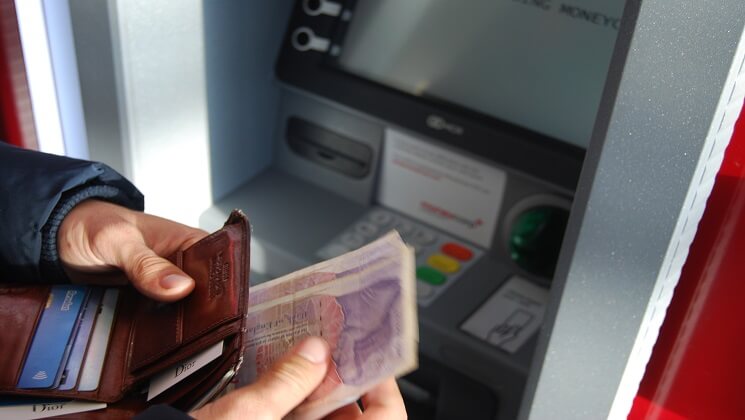 A study by consumer group Which? has revealed that free-to-use cash machines are disappearing from the UK's high streets at an alarming rate.

Nearly 1700 ATMs started charging in the first three months of 2019. The two largest providers, Cardtronics and NoteMachine, have both stated that they intend to start charging at thousands more.

The trigger for these dramatic changes is a reduction in the fee that operators receive from banks every time an ATM is used. The major operators have all condemned this change, and stated that it has forced them to introduce surcharges for cash withdrawals.

The terminal decline of cash

Cash use has halved in the last 10 years, and in 2017 debit cards overtook cash as the UK's most popular payment method.

NoteMachine operates 7000 machines across the UK and has said suggested it will start charging at 4000 of them. Meanwhile, around 250 free-to-use cash machines are closing every month. It's even been predicted that around 13% of the UK's remaining free ATMs could vanish within the next few months.

Rightly or wrongly, everything is pointing towards the decline of cash - and businesses must take note.

For years, the issue of whether or not to take card payments wasn't an especially stressful one for small businesses. You could assess how your customers prefer to pay and weigh up the costs of providing card terminals against the potential benefits. Ultimately, not taking card payments didn't necessarily mean a loss of business. But that is simply no longer the case.

Consumers have spoken. They've driven card use, utilised contactless payments much faster than anyone predicted, and that behaviour has in turn influenced our entire ATM infrastructure. It's now a fact that cash machines are rapidly disappearing from the UK.

If you're a business owner and you don't currently take card payments, it's time to read the headlines. The benefits of taking card are now overwhelming - and the truth is, it's far cheaper and easier than you probably realise.

To find out more, head to www.xln.co.uk/pay.