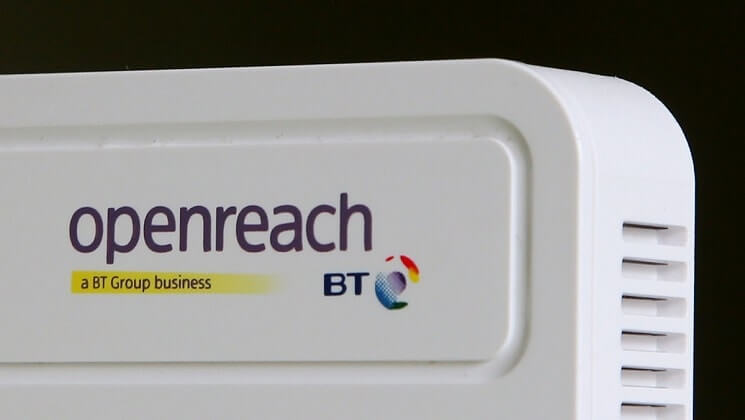 BT has often been accused of using its monopoly on the UK’s internet infrastructure to squash competition. In the process, it’s stifled investment in new technologies, like fibre.

That’s part of the reason the UK’s full fibre infrastructure is worse than pretty much everywhere in Europe – so much so that it wasn’t even ranked in a recent European study.

While some countries, like Latvia, are boasting full fibre connections to just over half of households, the UK has barely managed 3%.

Opening up the fibre market

Ofcom’s new measures are designed to make fibre more attractive to investors and operators, in a bid to speed the UK towards its goal of 20% full fibre penetration by 2020.

Perhaps most dramatically, BT will now have to open up its tunnels and telegraph poles to competitors, allowing them to install their own fibre connections and build their own fibre networks.

This is predicted to halve the upfront cost of laying down a fibre cable, encouraging greater competition and investment. BT will also no longer be able to offer targeted price reductions in areas where rivals are building their own networks.

BT to take a hit

In addition to encouraging fibre investment, Ofcom are keen to make sure there’s a cheap, reliable broadband option available to the general public.

As a result, Openreach will be forced to give other ISPs a massive price cut on broadband connections up to 40Mbps – a move that BT admits could reduce Openreach profits by as much as £120 million next year.

Openreach will also have to adhere to higher service standards during installations and repairs.95% of installations must be completed by the due date, and 88% of faults must be repaired within 2 days – welcome news to consumers.

As a finishing touch, the cost Openreach can charge for its fastest superfast broadband products has not been regulated – it’s hoped that this will make fibre relatively cheap, and encourage investment in fibre over broadband.

Cheaper internet all round - eventually

All in all, the changes should mean cheaper broadband for consumers and businesses, with quicker repairs and installations. And we should start seeing more fibre connections, at better prices.

That said, it’ll still be a year or two before BT’s loss becomes the nation’s gain, as it will take time for new fibre lines to be laid down, and for Openreach to revamp its engineering services.

To find out about XLN’s fibre connections, visit our XLN Fibre page.