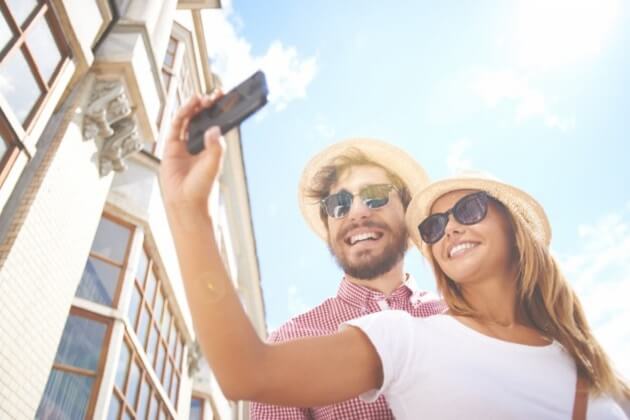 Just a few years ago, the concept of being able to authorize a payment by just touching your mobile phone screen sounded like something from Star Wars. But these days, the use of fingerprints, selfies and voice to verify transactions have become a reality.

While much of this initial growth has been down to the rapid development of Apple Pay, other companies have also been accelerating the development of what are called biometric solutions.

Mastercard is one such company and it is hoping its Identity Check solution will become the technology of choice for banks looking to meet new requirements set out by the European Union. The EU’s Revised Payment Service Directive is the very same legislation that also saw a ban on all charges for paying by credit or debit card.

Mastercard suggests that as many as 1 in 4 online sales may soon require authentication. The company's ‘selfie pay’ could play a central role in encouraging consumers to embrace two-factor authentication for online payments.

As well as selfies, MasterCard’s Identity Check app supports fingerprint biometrics, offering users a choice of either as a means of authentication at the point of purchase.

The major idea behind this would be to speed up ecommerce by liberating the need for shoppers to remember yet another password. The app even requires the user to blink to confirm it’s really their face in shot.

"This will be of great benefit to everyone: consumers, retailers and banks. It will make the purchase much smoother, and instead of having to remember passwords to authenticate, shoppers will have the chance to use a fingerprint or a picture of themselves."

It's unclear exactly when the biometric authentication will be introduced by each bank, but Mastercard says it must be in place by April 2019.

Visa are also working on their own solution - working with partners such as Google and Samsung, who incorporate biometrics as part of their authentication. Visa also recently launched the first commercial pilots of a biometric card for contactless payments.

The new EU rules regarding this aim to ensure that consumers will be better protected when they buy online or use online banking.

They have been written into UK law and it is believed that this will come into force around September 2019.

Fundamentally, it will mean online and over-the-phone payments will have to be verified in at least two of the following three ways:

Although some banks already apply this process on a voluntary basis, for example, by making you use a card reader and entering a PIN when you use online banking, it is not currently compulsory, but the law will make it so.

According to Juniper Research, around 60% of smartphone models are expected to ship with such sensors this year, voice recognition software and advanced cameras that capture high-quality selfies for facial comparison and identity verification.

According to figures from WorldPay, the number of in-store contactless transactions made via mobile devices totalled 126 million last year, with the amount spent topping £975 million. Contactless payment is clearly here to stay.