Sweden's shops are refusing cash - and the UK could follow suit. 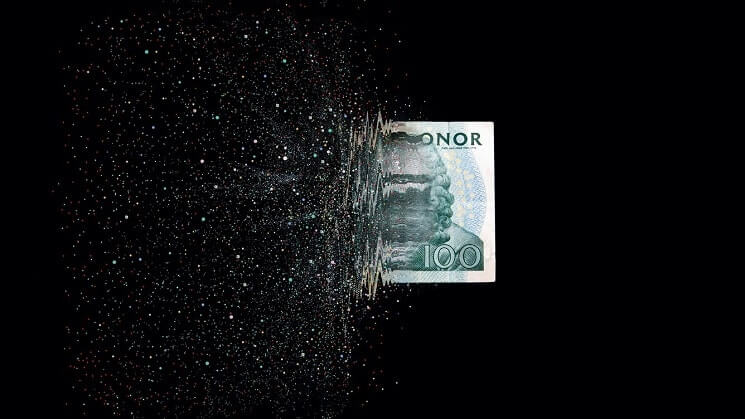 Sweden has taken Scandinavian minimalism to a new high, with Swedish shops now refusing visitors who try to pay in cash.

Sweden’s way further along the curve than the UK when it comes to card payments. Only around 1% of Swedish payments by value are made using coins and notes - and it looks like the UK may be catching up.

Cash currently makes up just one fifth of Sweden’s retail transactions by number; and even that number is falling fast. The Swedish central bank, Riksbank, reports that cash transactions have halved in the last five years.

The demise of cash in Sweden has been so dramatic that many businesses now display “We will not accept cash” signs in their premises. Storekeepers note that this reduces the risk of robbery and dramatically speeds up the whole buying process. The change has also spread to other sections of society: coins and banknotes are actually banned on buses because of a perceived risk to driver safety.

Sweden is well-positioned to lead the charge into cashlessness. The UK’s first contactless card reader, iZettle, was a Swedish production, as is Swish, a staggeringly popular mobile payment system that lets people transfer money to each other quickly on-the-go, using only a phone number.

Products like iZettle and Swish make it incredibly easy for any trader to take card payments. There’s even been uptake among the homeless, who can use card readers to take payment for magazines. Unlike in the UK, minimum charges at pubs or 50p subsidies at newsagents are vanishingly rare.

The trend is not without its critics however. Commentators have noted that the phasing out of cash may have security repercussions, particularly when it comes to cyber security, and that it may side-line those out of pace with the change.

Given the rise in cyber-crime and fraud (you are now 20 times more likely to be robbed online than in person), and its increasing use by state-level actors, the total dependence on online payment systems may put savings at risk.

Sweden is no stranger to problems of this kind. A massive data leak in 2015 released personal data about most of the Swedish population. When that story broke in July, it nearly toppled the minority government.

There are also worries that those with less access to cards and card processors may find themselves completely shut out from civil society. In the case of the elderly and those living outside cities, the marginalisation of cash has been harder to adjust to. This may deepen urban-rural/generational divisions, which are a major political fault line across all of Europe, including the UK.

The future of money

However it pans out, small businesses in the UK should be keeping an eye on Sweden. Sweden’s 1%-by-value of cash payments may seem phenomenally low – but the UK, at 7%, is not that far off. As recently as August, card payments overtook cash in overall transaction numbers, as we reported last week. That means over half of all transactions are now plastic.

Not just that: iZettle was the first contactless payment provider to reach the UK, which subsequently saw an explosion of contactless payment, trebling in 2016. As we continue import new technologies, the use of cash in the UK and elsewhere will continue to diminish in Sweden’s wake.

This is nothing new though. It was a Stockholm bank that launched the first ever paper note in 1661. 33 years later, the Bank of England did the same. Sweden’s historical leadership on money is far from over.