Apprenticeships work. So why aren't small businesses getting on board? 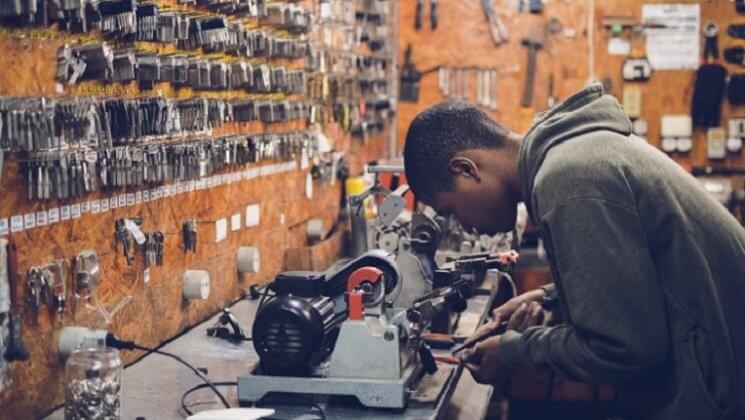 The cost of hiring one full-time employee is often greater than the annual profit of a typical British small business. But how do your grow if you can’t afford to hire anyone?

That’s the frustrating reality that’s stunting business development in the UK, and I think there’s a solution right under our nose: apprenticeships.

It’s a concept that’s as old as any business idea, but the value and benefit of an apprenticeship is not being sufficiently publicised.

Why apprenticeships make sense for employers

The salary you have to pay is considerably lower than the minimum wage if your apprentice is under 18, or in the first year of their apprenticeship. You can also expect to get the formal training aspect of the apprenticeship covered by the government – plus a £1000 ‘incentive fee’. And so long as your wage bill is less than £3 million (and I’m guessing if you’re a ‘small business’ it is), you’ll avoid the much-maligned ‘apprentice levy’.

But the benefits go far beyond affordability. Research shows that 74% of firms that employ an apprentice enjoy increased productivity. The same research also highlights that apprentices bring new skills into businesses, which helps explain why 2 out of every 3 apprentices are hired permanently after their apprenticeships are finished.

This barely scratches the surface in terms of what apprentices can offer, but there can be little doubt that they represent excellent value for money.

Which begs the question: why aren’t apprenticeships front-of-mind for small businesses?

Some businesses aren’t convinced about apprenticeships. Some don’t even know they exist.

So there are two problems here.

Firstly, around three quarters of SMEs are apparently unconvinced by the value of apprentices. This is ironic, because, as mentioned, the same number enjoys more productivity because of hiring them.

Secondly, and perhaps relatedly, small businesses on the whole simply don’t know enough about apprenticeships. We know this because, let’s face it, how much does the average person know about apprenticeships? Awareness is limited – and it’s limited because the whole process is confusing. Try working your way through the government’s own advice on apprenticeships and you’ll see exactly what I mean – it’s pretty much impenetrable.

This second point is the key. Apprenticeships and their value to small businesses needs to move into the mainstream. The benefits need to be made clearer, as does the process.

We’re digging deeper into what small businesses think of apprenticeships

I’m passionate about this subject because apprenticeships feel like a massively untapped resource for small businesses. So at XLN we’re currently conducting widespread research into what small businesses think about them. I’ll be publishing this research soon, and will be looking at ways of raising awareness.

Because I believe apprenticeships can solve the micro business recruitment dilemma