For better or for worse - how Brexit could affect small businesses 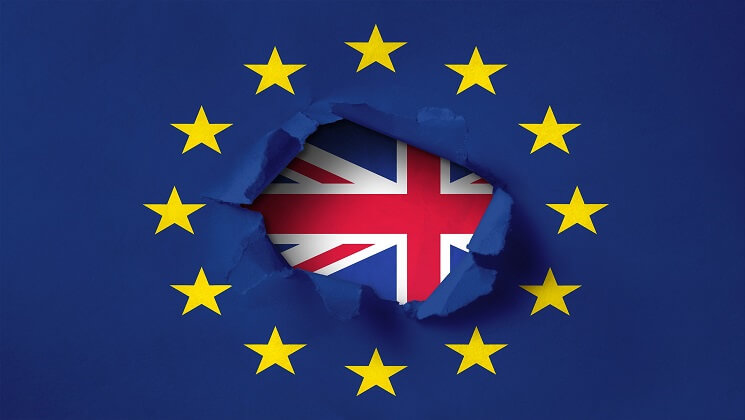 One thing’s for sure, something is going to happen in March 2019. Whether it’s kicking and screaming or bowing out gracefully, there’s no doubt that impending Brexit will in some way impact small businesses.

Over the last year, you’ll have heard many things about how Brexit could affect the British economy. This lack of clarity makes it difficult for businesses to prepare but it’s definitely something that should be at the forefront of everyone’s mind – whether your enterprise is small or large.

The truth is that the long-term effects of Brexit are still relatively unknown. But it is clear that it will impact smaller companies, and this is a key concern as we come ever closer to life outside the EU.

Small businesses are the backbone of the British economy (making up more than 99 per cent of our private sector business landscape) and Brexit will undoubtedly bring its fair share of challenges for SMEs.

Manufacturers that export to Europe have concerns about losing access to the single market, which gives businesses access to (potentially) more than 500 million customers and an economy five times bigger than the UK’s. There’s a fear that with Brexit the UK will also see the introduction of trade barriers and the imposition of tariffs.

On top of this, business owners who rely on skilled workers are concerned that their talent pool may now have shrunk dramatically. In IT for instance, it’s set to take a number of years to close the skills gap. Leaving the EU at a time when the UK is in need of skills will cost the nation commercial opportunities, which could consequently hinder UK start-up growth.

In tech, entrepreneurs have enjoyed easy access to Europe’s talent and markets as well as common regulations. Some had hoped that the EU would create a single digital market, with London-based businesses perfectly placed to benefit, but those hopes appear to have been dashed. There are now concerns that London will lose its place as a global hub of business, media and tech.

However, look below the surface and it’s apparent that Brexit could be poised to create huge opportunities for small businesses.

Raising funds is something SMEs often struggle with, particularly in their precarious early stages. But with the depreciation of the pound in the wake of Brexit, it may encourage a fresh wave of inward investment, and in doing so create other avenues for growth. Private equity firms will be able to invest far more in UK industries, and in doing so protect local business and keep thousands of jobs here in Britain.

In times gone by, shrewd business owners have thrived during periods of economic instability – as they are more flexible than more established corporates, it can sometimes be easier to adapt to rapid changes in the market.

The internet also represents a tremendous opportunity; in this day and age, it's a huge competitive advantage that has made it easier to more consistently reach a global customer base.

Shifting exchange rates have also already made British goods and services more affordable for international buyers - according to smallbusiness.co.uk, one in four small businesses say that they have experienced improved returns since the Brexit announcement.

So Britain’s imminent separation from the EU could motivate small businesses to expand into the international markets, taking advantage of the undervalued pound to reach a new customer base they may not have otherwise.

It’s highly likely that the UK will see a shortfall in skilled workers upon leaving the EU. While this will have a variety of negative effects, it could also present an unexpected opportunity for local growth.

This expected shortfall will allow UK business owners to focus on training their current staff, filling any gaps with skilled workers from the UK. Investing in the existing workforce could also be an invaluable way to improve employee retention rates – by continuing to actively support employee learning through courses or development programmes.

As it stands, what the UK business landscape will look like even a year from now is unclear. While there is no doubt that Brexit will bring with it some adverse effects, there are also significant growth opportunities available for those dynamic enough to prepare for it.

Now is the time for UK small business owners to take action. The entrepreneurial spirit which has long powered the nation will be needed now more than ever if small businesses are to thrive in a post Brexit Britain.