Is Amazon Go 'the death of jobs'? 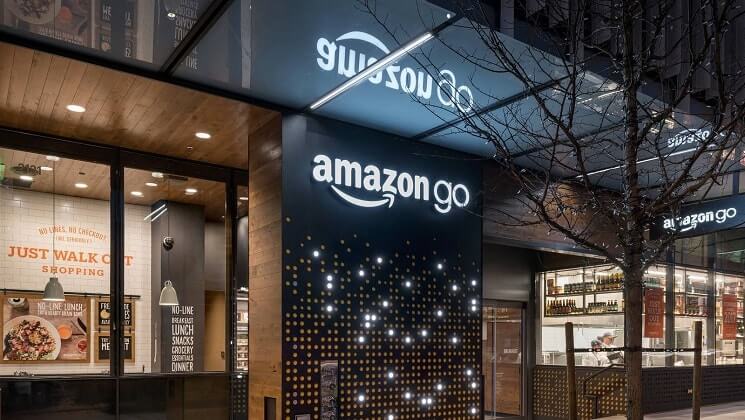 It’s no secret that Amazon is desperate to take a significant step into physical retail.

The announcement of its takeover of Whole Foods is hugely significant, as are the large bookstores that have opened on university campuses in the US. But now, a far more important step has been taken – and one that could have big repercussions.

What is Amazon Go?

Amazon Go is a shop that uses sensors and other technology, rather than staff, to identify and automatically charge customers. It’s currently being trialled in Seattle, but it’s been announced that it’s nearly ready to launch.

The concept of cashier-free stores isn’t new. Start-ups like Sprucebot allow businesses to sell their products without processing a payment in store. But when the world’s biggest online retailer starts using this technology, the world takes notice.

A number of questions remain, not least of all around security. But Amazon Go will be selling to the public in the very near future.

What does this mean for retail?

Amazon may have finally found an innovation that gives them the USP they need to breach offline retail.

How the Amazon Go concept could function on your average high street is less clear. Evidently it couldn’t offer access to all its products, so would have to operate a click-and-collect style service like Argos’ collection-point only stores. But the speed and convenience that cashier-free purchasing offers can’t be ignored. It could ultimately shape the future of retail – in which case, Amazon would be perfectly positioned to benefit, and traditional retailers would be left behind.

But start-ups have been working on versions of this concept for years. And the self-service tech giant Diebold has produced an app that lets customers scan and pay for products themselves as they walk around a store.

As ever, while some will lament Amazon’s all-encompassing growth, others will recognise the opportunity to play them at their own game.

Does this mean ‘the death of jobs’?

The assumption is that self-service technology removes the need for human support – indeed, last year the New York Times called Amazon’s plans ‘the death of jobs’. But this is a false assumption for a couple of reasons.

Firstly, for this kind of technology to reach a point at which it’s ubiquitously successful, human maintenance is essential. We all see this every day at supermarket self-service checkouts, especially when it’s busy. Truly staff-free selling is some way off yet.

And secondly, smart retailers will realise that rather than cutting staff numbers, this technology is an opportunity to make better use of employees – and create better customer experiences. Granted, some giants like Tesco will use self-service as an opportunity to make redundancies when it needs to make savings. But make no mistake; customers don’t want to buy from robots.

The growing popularity of experiential retail in recent years has been enormous – and the vast majority of those experiences are powered by human, not technological, engagement. So the ultimate outcome might be that the nature of service jobs changes from transactional to advisory: arguably, a role that would be more challenging and interesting. Let the technology do the boring stuff, and humans do what they do best.

That’s what we do at XLN – and it works. We have software developers who are constantly finding new ways of automating the mundane tasks to allow our staff to focus on exceptions. It’s what helps us to wow our customers and provide the service we’ve become renowned for.

So what do you think? Will stores in the future look like Amazon Go? Or is this a flash-in-the-pan innovation that will only serve to make customers more loyal to traditional shops?