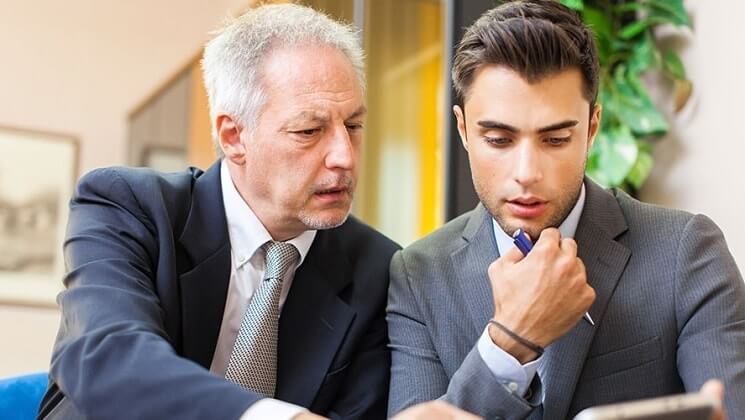 Entrepreneurs are young – that’s the impression we’re given.

Say, for example, you’re writing an article about starting a business. You know when you look for a suitable image and type ‘entrepreneur’, you’ll get a thousand options that are roughly the same: a young, hip-looking millennial gazing into a MacBook.

But according to the Office of National Statistics, those images might need to change. There are now nearly 1.8 million self-employed people over the age of 50 – the highest proportion of any age group. In fact the fastest growing age group of UK business owners is the over-65s. So, what’s behind all this? Necessity.

Like younger entrepreneurs, the over-50s are reacting positively to challenges

While young people are finding it difficult to get on to the career ladder, many older people are fighting to stay on it. According to the Financial Times, workers over the age of 50 in certain parts of London are becoming increasingly scarce. Redundancies are soaring, and the over-50s are struggling to find a way back into their previous careers.

But as the statistics prove, all is not lost. These people are not ready to retire, and in many cases, not financially able to. Necessity, as is so often the case in business, is the catalyst for entrepreneurial spirit.

Meanwhile, others have the financial means to launch the business they’ve always dreamed of quite easily – perhaps because of a redundancy pay-out or pension lump sum. And armed with the experience and financial power to do so, they’re starting a wide range of businesses.

They cover all sectors, and include large numbers in newer sectors like technology and communications that are more associated with younger business owners. Their years of experience, it turns out, aren’t a hindrance – they’re actually a major selling point.

I take great pride in supporting thousands of small businesses started by people over the age of 50, and they consistently perform well. Their previous employer’s loss is the rest of the UK’s gain.

Institutional bigotry is the rotten core of this good news story

Beneath the positive headlines, this story reminds us that businesses aren’t coping well with the challenges of the multi-generational workforce.

We are about to enter an age where, theoretically at least, five different generations could work alongside each other. From so-called veterans and baby boomers, through to millennials and Generation Z, the needs, habits, attitudes and skills of each group varies.

At one end, they’re turning away young people for their lack of experience. At the other, they’re getting rid of older people despite their experience.

But what’s evident is that many of the larger businesses who experience this challenge don’t know how to handle it. At one end, they’re turning away young people for their lack of experience. At the other, they’re getting rid of older people despite their experience. Apprenticeships and internships aren’t being implemented on anywhere near a large enough scale, and workers with money-can’t-buy, insider knowledge are being let go.

I think businesses are failing these different demographics. They’re making judgements based on age rather than ability – and that smacks of discrimination. It’s institutional bigotry on a grand scale.

This entire problem is being overcomplicated by muddled thinking, and the answer is relatively simple. Go back to basics, and simply hire people based on attitude and ability. I fail to see the relevance of anything else. Those with drive and intelligence can learn anything you want them too – I see it at XLN every day. But that applies to any age group – or any demographic for that matter.

You don’t even need to engage with the multi-generational debate. Just hire and retain good people. Job done.