written by
Charlotte Harwood
04 May 2021

written by
Charlotte Harwood
04 May 2021

Starting a business in Birmingham 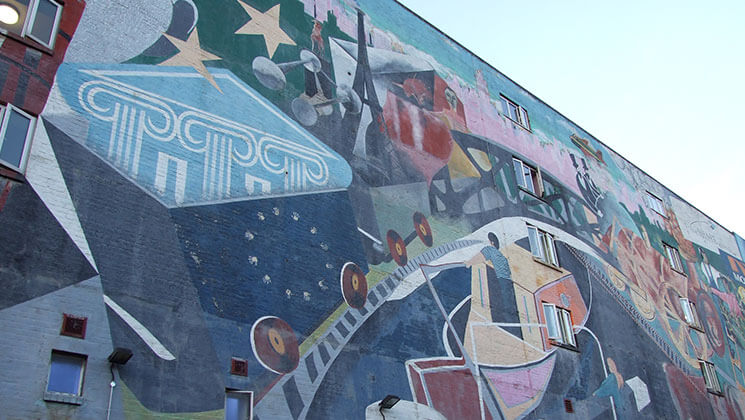 For small businesses and start-ups searching for somewhere to put down their roots, Britain’s ‘most entrepreneurial’ city is a great place to get going.

Perhaps most well-known for its enduring association with that most British of culinary delicacies, curry, small business is big business in Birmingham whether it centres on Indian cuisine or not. Its central England location gives the city easy access in all directions to most other major cities across the UK, and for those harder to reach areas there’s Birmingham Airport to help reduce time spent on the road.

Birmingham’s transport network is set to receive a major boost with the launch of the High Speed 2 railway network. HS2 will see train journey times from Birmingham to London cut down to 43 minutes, making commuting to and from or travelling between the Midlands and the capital quicker and easier than ever before.

Birmingham is a hub for businesses of all kinds, with one of the UK’s top commercial centres, the Bullring, and a giant of a business conference venue in the NEC. But it’s recently also started to make a name for itself as a major centre for tech start-ups, even attaining the title of Silicon Canal (think Silicon Valley but with more ducks). Small businesses can take advantage of Birmingham’s growing reputation for all things tech with dedicated office space on offer from the likes of Innovation Birmingham, which provides hot-desk facilities to technology start-ups.

Support for start-ups in Birmingham also comes in the form of the Birmingham City Centre Enterprise Zone, which aims to create 40,000 new jobs and add £2billion a year to the economy over the next 25 years. Birmingham is also home to an expanding community of angel investors, with two main networks: Advantage Business Angels and Angels Den.

Start-ups in Birmingham generally fare well, with a 58% survival rate in the Greater Birmingham and Solihull areas in 2009-2012. Growth potential for small businesses in Birmingham is largely positive, and with four universities in the city, it offers plenty of recruitment opportunities with its huge base of skilled graduates.

Get creative at the Custard Factory

Creative professionals in Birmingham are spoilt for choice when it comes to premises thanks to the Custard Factory, the city’s very own creative hub. Combining industrial architecture with vivid colours and graffiti, it’s a real mix of old and new that can only inspire those who choose to call it their business home.

The 15 acres of restored Victorian factories (it’s where Birds custard was first made, hence the name), the Custard Factory is undoubtedly Birmingham’s creative heart, and is home to more independent retailers than anywhere else in the city. But aside from shopping, the Custard Factory is also a great location for digital entrepreneurs, offering flexible leases on studio office space that’s up there with the very best on the market.

Birmingham is already a leading business destination in Europe, and this status is set to get an even bigger boost thanks to the Big City Plan. Launched in 2010, the Big City Plan aims to establish Birmingham as a world-class city centre by delivering sustainable growth, improved connectivity, environmental quality and more. This ambitious plan is being rolled out over a 20 year period since its launch, with designated enterprise zones that will bolster local business with new opportunities and better digital connectivity.