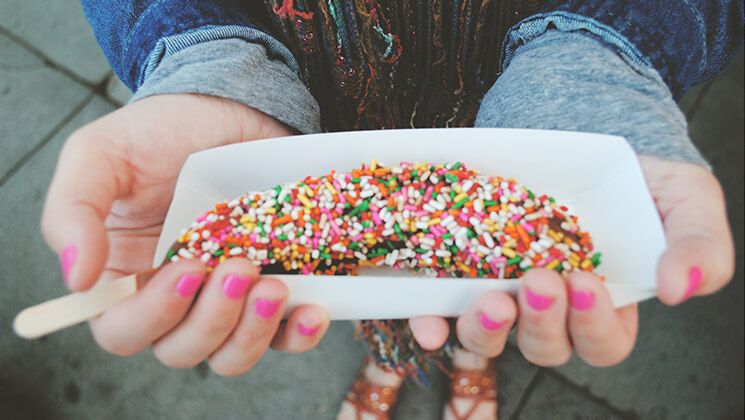 Street food was once the domain of the greasy fast-food truck parked up in a layby, wafting fumes of deep-fried-everything at those stuck on the motorway with no other option for the next hundred miles. But this isn’t the case anymore. Yes, you’ll probably still see the odd burger van in the middle of a deserted car park somewhere, but now there’s a new wave of high-quality vendors shaking up the market for all things ‘grab and go’ – and it’s more than just a passing fad.

In fact, street food in the UK has proven to be one of the most successful business ventures of recent years, exponentially growing with the seemingly unstoppable rise in foodie culture. But it’s not just a popular choice for today’s ever-more discerning diner seeking to branch out and try something new; it’s also a fantastic option for those looking to set up a business that’s relatively simple but has great long-term prospects.

So if you’d like to get in on the action, there are a few things you need to know before you park up, pop up or set up a street food business in the UK.

An inexpensive way to start a business

Start-ups aren’t expected to be all bells and whistles from the word go. If you’re on a tight budget then a street food business is a viable option since it doesn’t require any major funding or leave you needing to remortgage your house. You can run a street food outlet from anything as humble as a market stall or gazebo to the grand heights of a converted campervan. But the type of setup you have isn’t what’s important – it’s the food that counts. Whether you’re cooking on a disposable barbecue or a full-on mobile catering unit, if you’re offering something that gets people queuing up then you’re onto a winner.

Few other businesses give you the chance to move with the tide quite as much as street food. If you’re running your business on wheels, there’s no reason why you can’t pitch up somewhere different every day, spreading the word and building your customer base as you go. And if one patch doesn’t work out, you can move to another more lucrative location and reap the rewards.

Bear in mind, though, that you’ll need to apply to set up in certain locations like markets and busy city centres. Contact your local council for more information on the rules and regulations.

In the same breath, the ability to move around as and when you please also gives you the chance to grow your business with relative ease. If you’ve built a loyal following in one location, you could replicate that elsewhere – and before you know it, the demand for your street food will require an extra outlet.

Prepare for hard-graft and seasonality

By now you’re probably sold on the idea of setting up a street food business. It’s on-trend, gives you the freedom to get out and about, and is a profitable business. But there are certain things that you need to be aware of – hard work being one of them. A street food start-up isn’t likely to have (or need) a lot of staff, and you might find that you do everything yourself, from cooking and cleaning to marketing and running the books. You’ll have to be a Jack of all trades, which at times will really test your mettle.

Street food is also largely seasonal, and typically spikes from spring through to autumn. But once the cold weather rolls in, people are understandably reluctant to dine al fresco. Some street food vendors use the winter months to work at indoor food courts or Christmas markets while others simply take some time out. Whatever you do, you’ll need to make the majority of your money during the peak months, and budget carefully for the rest of the year.

Every business nowadays needs to be connected, and street food vendors are no exception. Whether it’s a flashy website, email marketing campaign or customer bookings, make sure that you’re hooked up with business broadband and a business phone line to help you get the most out of your venture. Find out more about our broadband and phone packages to see how you can save money whilst making money – and what’s not to like about that?