Starting a business in Brighton 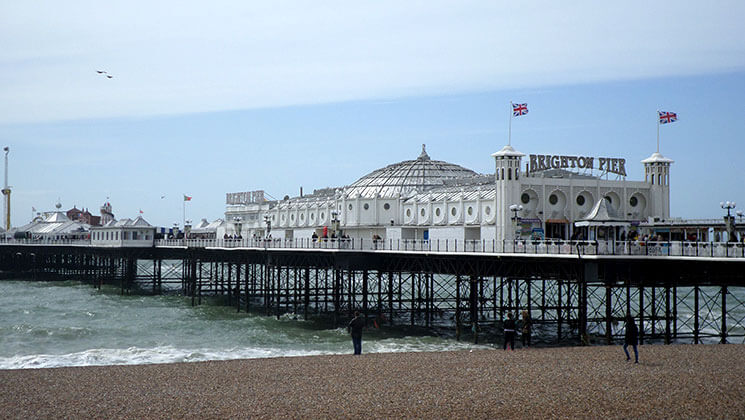 As technology continues on its quest for world domination, towns and cities up and down the country are emerging as centres of activity in the industry – and Brighton (or Silicon Beach, as those with insider knowledge call it) has done just that.

Business by the sea

A major tourist destination through the ages, Brighton attracts over eight million visitors every year thanks to its traditional British seaside and bustling cultural scene. But its close location to London (it’s less than an hour by car) and good connections to France via ferry give it a transport infrastructure that’s ideal for doing business by the sea.

A recent report by the Centre for Cities ranked Brighton an impressive third in a countdown of all UK cities for having the highest rate of start-ups. Brighton also reached the same position for having the highest density of small to medium enterprises in 2013, with 360 SMEs per 10,000 people. For start-ups and small businesses, Brighton is one of the best places in the UK to make an impact and join forces with hundreds of other successful entrepreneurs.

Brighton boasts two universities: the University of Sussex and the University of Brighton. The quality of life in the local area is a major pull for both students and workers alike, so finding qualified talent to take on board is relatively easy. And when you consider the fact that just 6% of Brighton’s population have no formal qualifications, it’s clear that the coastal city is home to plenty of skilled individuals.

There’s plenty of support available for small businesses and start-ups in Brighton. Coast 2 Capital, Brighton and Hove’s Local Enterprise Partnership, actively supports business growth by connecting new and long-standing local businesses to the right support services. Coast 2 Capital also has ambitions to create a zero-carbon sustainable economy by 2030, so if you’re big on making business green then Brighton’s plans are well in your favour.

Brighton’s alternative scene has always been a major pull for independent businesses, and retail is no exception. Those with local knowledge know that North Laine is the place to go for quirky shops, cafes, and making the most of Brighton’s eccentric side. You’ll find more one-off shops than you can shake a stick at, which is great for residents and tourists alike – but even better for small businesses looking for somewhere to fit in and flourish.